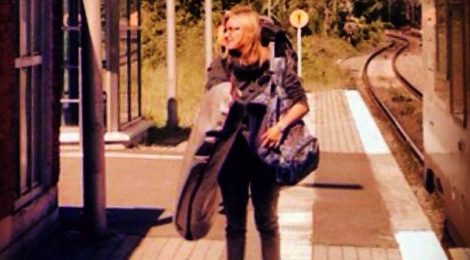 There was once a man who became unstuck in the world – he took the wind for a map, he took the sky for a clock, and he set off with no destination. He was never lost.

There once was a man who became unstuck in the world – instead of hooks or a net, he threw himself into the sea. He was never thirsty.

There was once a man who became unstuck in the world – and each person he met became a little less stuck themselves. He traveled only with himself and he was never alone.

This poem, taken from my favourite surf movie “Castles in the Sky”, pretty much sums up my past seven months. I’ve been unstuck, I’ve drifted and thrown myself into the water, I’ve met the most amazing people and I’ve never felt alone.

Now I am back where I started my journey, but being unstuck has become a part of me and always will be. Being unstuck it is not only a description of my physical but especially my mental state. And so I will continue my exploring, drifting, surfing and being UNSTUCK.