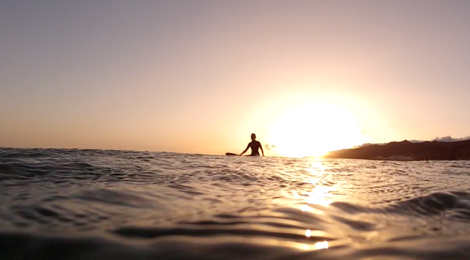 9. October 2014 · by marionmangold · in preparations, unstuck

There was once a man who became unstuck in the world – he took the wind for a map, he took the sky for a clock, and he set off with no destination. He was never lost.

This quote from “Castles in the Sky” (one of the most beautiful surf movies ever!) pretty much captures how I would describe myself right now: as a woman “un-stuck in the world” but not in a negative, lost or scary kind of way, but in a very positive, exciting and free-to-roam-and-do-whatever-feels-right kind of way.

So in the next couple of months I will do exactly that: roam the world, surf as much as I can, travel wherever I wanna go and make as many new friends and experiences as possible.

I will try to share as much of this exceptional state of being un-stuck in the world here.

However, sometimes being unstuck might also mean being disconnected, so please don’t worry if I haven’t posted anything for a while. Most certainly it simply means I’m having the most amazing un-stuck time offline! 😉